Our eyes tell even more than the words could ever say. They are not only the most beautiful but also our most highly developed human sensory organ. Thus it becomes truly essential for a woman to enhance the beauty of these eyes and there are eye products which are available for the same purpose. Eyeliner … Read more

It’s easy to get that tidy CLEAN SHAVEN Look. You can either visit a neighbourhood barber or have a good shave at home. If you prefer to shave at home then it is recommended that you only use the best shaving cream. Shaving constitutes a major part of the grooming regimen for men around the … Read more

Shopping for the upcoming winter? Undoubtedly, sweaters, cardigans, shawls, jackets, stockings and mittens will feature on your list. Possibly you would include moisturising crème to defend your skin from peeling due to imminent cold weather. But what about your lips? Lips speak of your personality much louder than your voice. Hence, it is imperative you … Read more

The skincare industry is booming at present and women are taking more care of their skin than ever. One of the most used skincare products is a face wash and it is the first beauty product that you probably use in the morning. This article is all about the best face wash for women like … Read more

Battery Low!!! This is the most irritating thing that you might be viewing everyday if you own a Smartphone. It is the most common problem that all the smartphone users face these days in spite of a humongous battery that their phones runs on. The simplest solution to solve this problem is… POWER BANKS.  So, … Read more 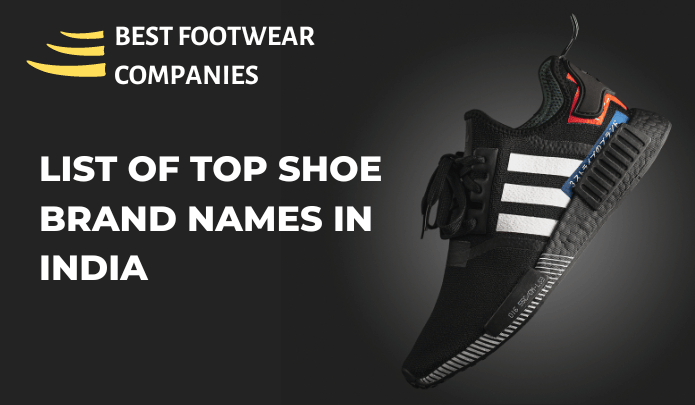 Top Shoe Brands in India: Are you Looking at buying trendy shoes for casual wear, formal, or sports activities? Shopping for shoes can be an overwhelming experience, especially if you don’t know which brands to trust. Thankfully, India has no shortage of excellent shoe companies that make high-quality products. From stylish casuals to formal kicks, … Read more

Women have been using makeups and cosmetics since quite long to highlight their features which makes them look elegant. This is so true in the case of lipsticks. Women love their lipstick. A girl’s vanity is incomplete unless they include a lipstick that they like the most. In this article, we are giving you 20 … Read more

There are more than 50 BIG malls in India spread across 8 to 10 metropolitan cities. But Did you know which is the biggest mall in India? If you ever wondered about this, then read this post to get your answer. In fact, Every year a brand new swanky shopping mall is built in one … Read more

Do YOU wish to own a HOME but DON’T HAVE MONEY? Great… I have a GOOD News for You. What? You can own a home even with low salary or income. Pradhan Mantri Awas Yojana allows you to get housing loans at very low-interest rates easily to buy a house or build your own home … Read more

Do you know the tallest building in the world Burj Khalifa is over 1000 meters high?

What about the tallest buildings here in India.

Do you Which is the Tallest Building in India?

How tall is the tallest building in India compared to Burj Khalifa?

So here we’ve decided to give you a list of the 10 tallest buildings in India that you can compare to Burj Khalifa.

Over the last couple of decades, constructing tall buildings has become a common trend in India.

Understandably, this trend is confined to large metros, especially Mumbai- the financial hub of this country.

Unfortunately, India’s tallest buildings pale when compared over their counterparts in other parts of the world, especially China and the US, due to several reasons.

Undoubtedly, Palais Royale is also the tallest building in Mumbai. The building is ready for occupation which is expected to occur shortly.

Palais Royale has a total of 120 apartments spread over 88 floors. It is a project of Shree Ram Urban Infrastructure Ltd.

A project of Omkar Realtors & Developers, the twin tower project is situated in Worli, Mumbai.

While Omkar 1973 has a height of 267 meters, the adjacent Omkar 1973 towers are slightly shorter.

Regardless, Omkar 1973 qualifies among the tallest buildings in India.

The 42 is the tallest building in eastern India and the only one of its kind outside Mumbai and it is Located at Chowringhee Road of Kolkata.

It consists of 42 floors spread over 260 meters, including the terrace.

The 42 is a joint project by Kolkata-based Mani Group, Diamond Group, Alcove Realty and Sattva Group of Bangalore.

Imperial Tower-I & II is a project of two buildings that was completed in 2010.

These towers are located in Tardeo district of south Mumbai.

This project was developed by Shapoorji Pallonji & Co Ltd, one of the oldest business groups in India.

Each building of Imperial Tower has a length of 256 meters including roof and 60 floors.

The building consists of 53 floors and is a project of Ahuja Constructions.

One Avighna Park, located in Curry Road in south-central Mumbai ranks among the tallest buildings of India.

This project has won an impressive 31 national and international accolades, making it the world’s best residential high-rise development.

One Avighna Park consists of twin towers of 61 floors spread over 246 meters. Including the terrace, the building has a length of 260 meters.

It is a project of the Avighna India Ltd.

L&T Crescent Bay-1 is a distinct property located in Sewri, along with the harbour line of Mumbai.

Built by L&T Realty, a division of the eponymous engineering major, Crescent Bay-1 has a height of 245 meters which accommodate 64 floors.

Any visitor to Mumbai will have definitely seen the Indiabulls Sky Forest, located in Lower Parel district.

Indiabulls Sky Forest is one of the premium high-rise residential properties of India.

It consists of 48 floors. This building has a height of 240 meters.

The initial project included World One and World View, which would have become the tallest residential buildings on Earth.

The site now has World Crest, a property being developed by the renowned developer, Lodha Group.

The World Crest was completed in 2016.This building has a height of 222.5 meters

This tallest building of India is located in Mahalakshmi area of south-central Mumbai.

According to some reports, Lodha Group website boasts that this project is developed with one of the best landscaping in the world.

Next comes China’s landmark, Shanghai Tower at 632 meters followed by Makkah Royal Clock Tower in the holy city of Mecca in Saudi Arabia with 602 meters, Ping An Financial Center in Shenzhen, China at 599 meters and China 117 at 598 meters.

While the USA is the pioneer in skyscrapers, the tallest building in that country is New York’s One World Trade Center that is a bit over 541 meters tall.

This building was constructed on site of the Twin  Towers of the World Trade Center that was destroyed by September 11, 2001, attacks by terrorists from an Islamic group, Al Qaeda.

Incidentally, the Lotte World Tower in Seoul, South Korea has a height of 596 meters which is larger than the tallest building in America, where skyscrapers originated.

The trend of tall buildings in India is fairly recent, as compared with the US and China. In these two countries, skyscrapers were constructed mainly in the business districts.

This was because property prices in New York, Shanghai and Shenzhen are very high while land for construction is scarce.

Hence, skyscrapers provide an excellent solution- they require smaller plots but can have long heights. India’s tallest buildings are however purely residential.